Happy Halloween! Get ‘Children of the Fallen’ FREE from Oct 31st – Nov 2nd 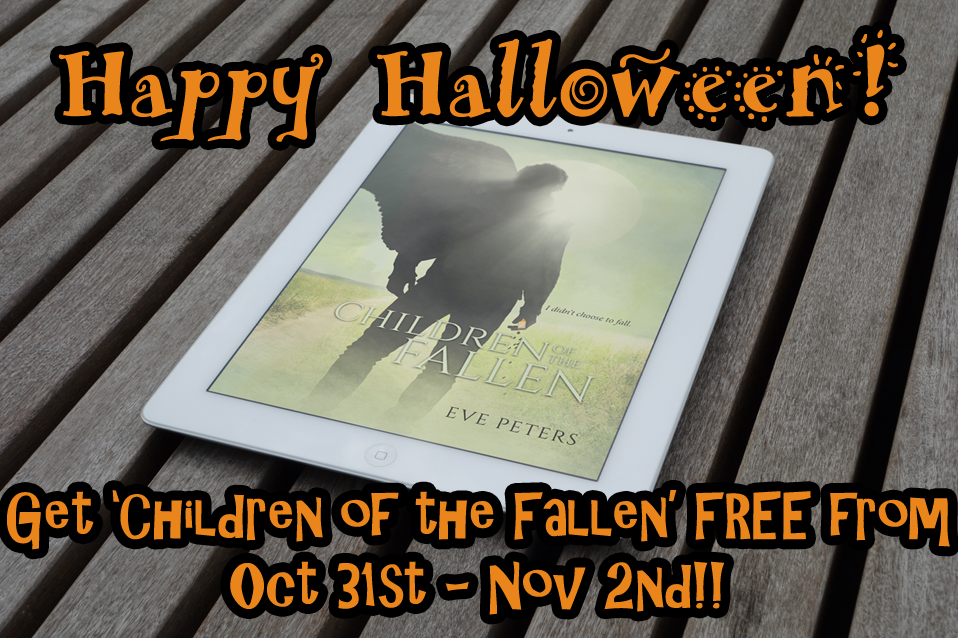 For a limited time only! Check out the Children of the Fallen Amazon page between October 31st and November 2nd you can download a copy of CotF FREE! (this really deals a death blow to the whole, ‘you wouldn’t download a book, would you?!’ anti-piracy argument…)

Children of the Fallen is an Urban Fantasy novel written by SNG founder, Eve Peters! In this book, you can find all manner of supernatural things – but Daniel Smith, our main character, just thinks he’s been crazy his whole life. Never before has someone been less relieved to find out they were wrong about being mentally unwell!

Eve is the founder of Some Nerd Girl and the author of urban fantasy novel Children of the Fallen and science fiction novel Colony One. She has been writing since the age of 13 and has been flying her nerd flag for the past 16 years. Fandoms include Star Wars, Star Trek and Battlestar Galactica. Basically if it has ‘star’ in it, she’ll give it a shot. You can visit her website at www.somenerdgirl.com.