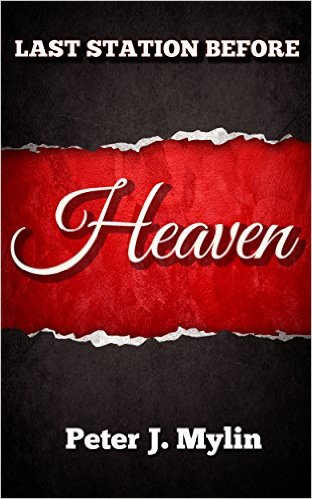 The Last Station before Heaven by Peter J. Mylin is set during a time where Christianity has been outlawed. It is narrated by a journalist invited by a former priest to find the last station before heaven – located in a kind of underground. At first our nameless journalist tells us about his story; that he doesn’t know where his wife is, his son is gay and doesn’t know if he survived the persecution of homosexuals and he hopes that this journey to find the last station before heaven will be worth it.

He meets the former priest, John Campbell, and his cat, Eva, and they spend the rest of the book decoding messages in hidden CDs that play hymns. Our journalist and John talk about John’s former life, being the head of a massive corporation-like church.

As the road trip continues we learn more about why Christianity was outlawed, and why most people wouldn’t like it; churches ruled like governments, and basically sucked the money out of their parishioners and spit them back out when they didn’t have any more money.

I thought the world described by Mylin was believable, and more than that, it was interesting. I read this book online, and I couldn’t stop clicking to advance the page. Usually I find a lot of fault in books that have a clear stance on religion and why we as a society should or shouldn’t have it, but the story was engaging and well developed. I also thought that the main characters were developed and weren’t just the two sides of the story. They were hilarious, and confusing, and weird and sad. I myself preferred John’s frank manner of speaking about all the mistakes that he had made in his life, and whether he felt that his actions were justified.

I was on the edge of my seat throughout the entire story even though the characters went through a cycle of getting a secret disc, cracking the code, and then going to the next location there was enough variety at each destination to keep me interested.

All in all, I really enjoyed reading this book and I would give it three out five stars. 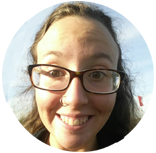 The Power of Fans: the Harry Potter Alliance and All the Cool Sh!t They Do 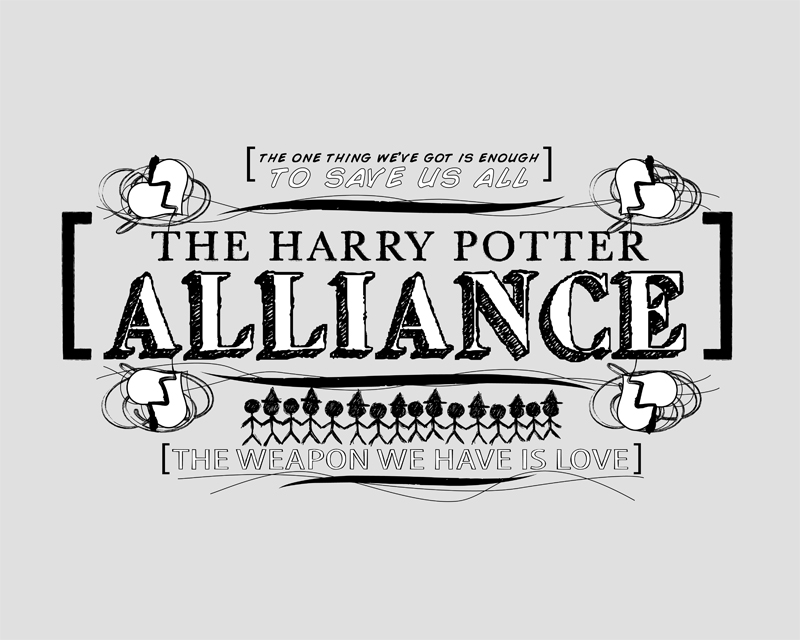 Graphic above attributed to Karen Kavett.

With the first book that was more than mildly interesting to a large group of people came the fans, and then, more recently, the fandoms. Fandoms are groups of people who all follow the intricacies of a show, book (singular or series), or a podcast.

Basically, fans are people who care a lot about something. ‘A lot’ being a relative term that can sometimes be a gross understatement.

The question is, what do they do with that enthusiasm and excitement? I’m sure you could ask anyone who writes for this website, but personally, I have loud and hurried conversations about everything that I love, and I rewatch, reread, and try to connect with people who like the same things. And that’s it. All that enthusiasm is an untapped resource, but according to organizations like the Harry Potter Alliance, we should be using that enthusiasm in efforts towards social change.

The Harry Potter Alliance was founded in 2005, and since then has worked to accomplish many things, like helping Warner Brothers change how their Harry Potter chocolate is sourced, so it can be 100% UTZ or fair trade.

From donating books to raising money for critically needed supplies to Haiti, the HPA seeks to use the “renewable resource of enthusiasm for social change”. If you look on their website, the Harry Potter Alliance believes in magic, love as a weapon for change, and the concept of unironic enthusiasm as a renewable resource.

Look no further than one their key values to understand what kind of organization they are:

Knowing that fantasy is not only an escape from our world, but an invitation to go deeper into it

They also endeavor to celebrate both online and in real life (IRL) communities.

I think that these two values separate the HPA from just any ol’ fan club. They acknowledge that although the world of Harry Potter and Hogwarts is great, there are real problems beyond the pages of our favorite book series that can be fixed with enough work and determination.

The power of a community like HPA is something I hope to be a part of with the same level of enthusiasm for the rest of my life. I am drawn to their values for two reasons:

The HPA is currently working on a bunch of campaigns such as Fan Works are Fair Use, focusing the awesomeness of fan made creations, Positive Fandom, which is working to create guidelines for a “more positive fandom”, Fandom Forward which are toolkits that help fans think about current issues, and lastly Accio Books, which basically a magical book drive.

The Harry Potter Alliance’s work doesn’t stop there, they are planning events such as  The Granger Leadership Academy, and others.

If you’re wondering what to do with your unironic enthusiasm check the Harry Potter Alliance out, join a chapter, and continue to be awesome! 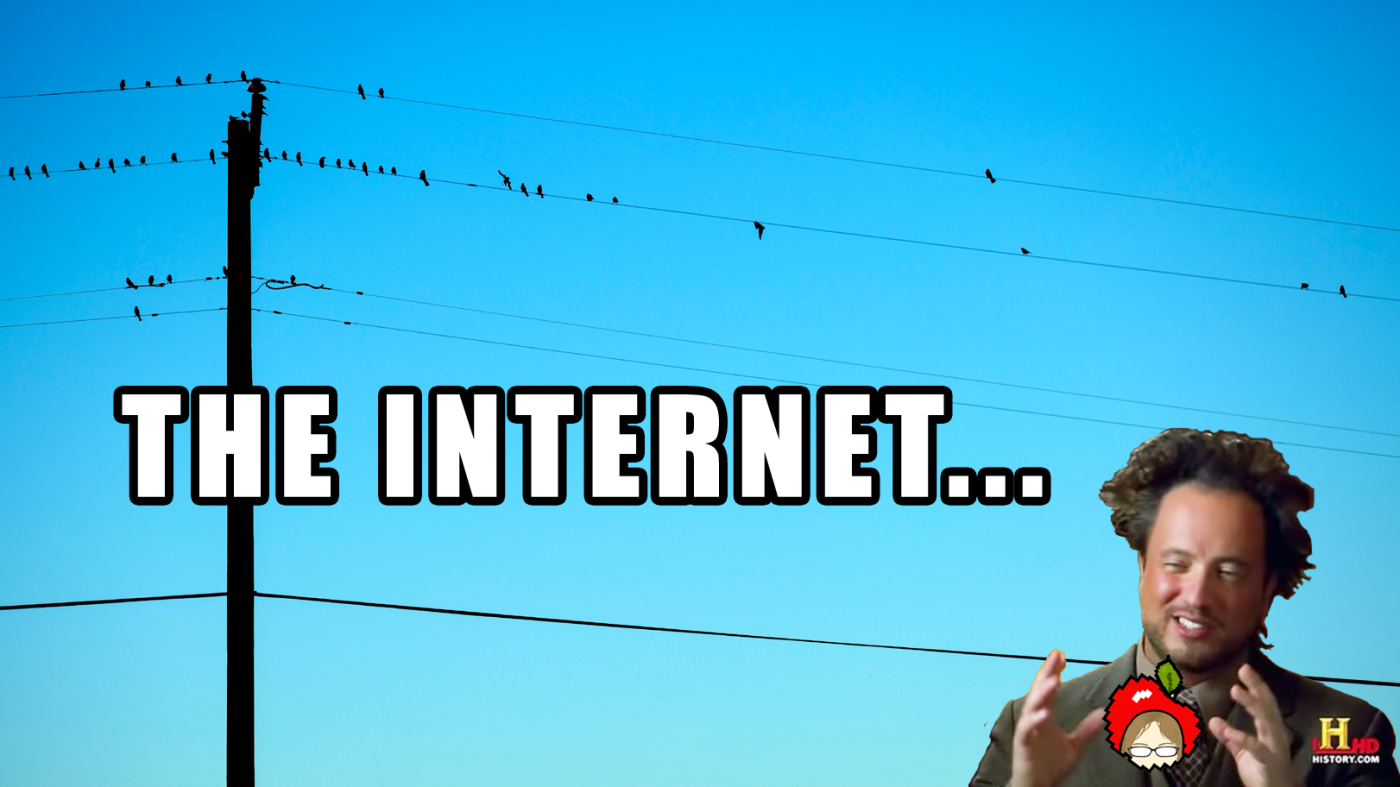 The following is a series SNG will run where our contributors explain why, particularly to them, the internet is (OBVIOUSLY) awesome.

Although there are many reasons why the internet is awesome here are my two favorites:

My uncle lives in England and the only way I can actually have a conversation with him is over Facebook Messenger or while we are on a Skype call. If you’re feeling really excited about a fandom, you can log onto a forum where you can fangirl about a book, a movie, or anything really with someone who also cares about that thing as much as you do.

Collaborative (Collab) channels on Youtube are a really prevalent example of how people who barely know each other can start connecting and maybe even build that into a friendship or enterprise.

Whether the connections are shallow or don’t matter as much is up for debate, sure, but having access to other people does facilitate connections.

The Internet is a great resource

If you’re having a conversation and someone says something that doesn’t sound right you can look up that factoid and either confirm it’s right or tell them that what they have believed all this time is wrong and they should have done some research.

If anyone wanted information before the internet was invented it took hours to research the information they needed in books, and while books are great, the internet is like having a library at the touch of a button.