Nerds Then Vs. Nerds Now

So I’m sitting on the couch, watching TV with my future sister-in-law, and we’re talking about what her friends were into watching these days and she gets onto the topic of anime. And then I had it: my first “back in MY day” moment.

“Back when I was in high school, we watched all our anime on Saturday when it came on after midnight. Everyone watched the same things because we didn’t have Netflix or Crunchyroll to watch anime.”

Granted, when I googled the year in which Crunchyroll started I realized it came out when I was fourteen (2006), but I didn’t know it existed at the time and neither did my friends so my point stands. Those of us in the nerdy community who are in our late twenties and early thirties have seen a very curious thing happen. We’ve seen nerd culture, a culture we grew up in and embraced and (sometimes) felt ashamed of, become a widely accepted and growing culture. And it’s a wonderful thing!

So I thought I’d take a moment to talk about the some of the differences between not only people my age and older, but also about my future sister-in-law and her friends who are eight years younger.

In my day, being a book smart kid made for shaky social ground. People wanted to be smart but they didn’t want to show that they were smart. I was very smart. I excelled at memory games and could read before most kids. Going into elementary school, I had encyclopedias (yes, more than one) on the animal kingdom and on dinosaurs and I could tell you all about nearly every animal in each book. As a kid, showing that your smart both amazes and threatens others, so they don’t know how to react to you. In middle school I was often singled out by others and asked if they could copy my work. I rightfully and indignantly told them “No”. But I wasn’t left with many friends.

Now-a-days, I feel like kids are getting smarter. They have access to technology and a near infinite wealth of knowledge. Being smart is still looked at with amazement but it’s not seen as something you should hide. Intelligence is celebrated and not just by adults. Intelligence has also become a trait people would like to see in their partners. Being intellectually challenged is a good thing.

Stereotypes: What’s in a Nerd

Again, even just sixteen years ago, your stereotypical nerd:

This was a very negative portrayal. People didn’t want to be friends with nerds. In the minds of the general public “the nerd” (latin name Alumnorum Diligentis) was a recluse except to it’s own kind. “The Nerd” had no social life except to get together with other nerds and play Dungeons and Dragons in someone’s mother’s basement.

By the time I got to high school, being a nerd had changed. Instead of being shy they overcompensated by being over the top friendly and open. Their fashion sense became less preppy and more dramatic (my school’s nerd community was MAJORLY into lolita). And it felt strange how much people loved it. I felt lucky to go to a high school that didn’t abide by strict cliques one might see on Mean Girls or High School Musical or whatever the kids watch these days. People other than “the nerds” were interested in our games. They asked us about our clothes and often times genuinely seemed interested. There were still those who put us down for being who we were, and those people had a big impact on how I behave now as a nerd. But overall the transition was positive.

Now, thanks to shows like The Big Bang Theory, nerds aren’t seen as one or two stereotypes. Anyone could be a nerd. In my sister-in-law’s group of friends there are skaters who want us to teach them how to play dungeons and dragons. There are “preppy girls” who are hip and fashionable out in public who go home, put on sweats, and watch anime until it’s time for bed, and so on.

The first time I cosplayed ended in tears. It was in middle school and I was still very new to being a nerd. There was a costume contest at school for Halloween and I went as a character from the manga I was reading. My mom helped me put it all together. We put on a little parade then everyone who participated said what their costume was and if people liked it they clapped. No one clapped for me. After the parade, there was a dance, and I spent a good portion in the bathroom crying from the sheer embarrassment I felt. I didn’t cosplay again until high school and it was always stuff that I could easily pass off as a regular outfit: I went as L to a park for example with some of my friends. Back in my day, cosplay was saved for conventions.

Now, I see it everywhere and people take it very seriously! There are cosplayers who make embroidered fabrics, work with leather and forge metals, and even use CAD to 3D print their costume pieces! It’s a community that encourages people to be outgoing and to be more than themselves. It’s a hobby that challenges cosplayers to keep learning and aquiring skills. Now, my future sister-in-law probably wouldn’t cosplay. She’s not THAT nerdy. But the friends that are just a few years younger than me really live in that culture. They dress up all the time. I honestly wonder where they get the money… But the point is they dress up all the time. It’s no longer just for conventions or for holidays like Halloween. People cosplay because it’s Tuesday or the weather’s nice or they want to get attention for something they worked really hard on. And, at least from I’ve seen, people the costumes are cool. They admire the work that goes into them. And they admire the passion.

And in the end, that’s all being a nerd really is. It’s about being passionate about things. We’re smart because we have a passion for learning. We cosplay because we have a passion to create and a passion for the shows we watch. We play Dungeons and Dragons because we’re passionate about using our imagination. Nerds then and nerds now are different. But at the same time, the light in which they’re viewed is different. As nerds opened up to the world and showed the world that it was okay to still do things that might be considered childish, the world opened up and embraced them back. Bullies still exist, both inside and outside of the nerd community, but the community itself, and the culture at it’s heart, is about doing what you love. We love to share what we’re passionate about and we love it even more when you become passionate about it too.

Because of the social stigma that still surrounded being nerdy as I was growing up, I struggle to open up and show people just how nerdy I am. But then you could be talking to me, and silence falls in the conversation. And the next thing you know I’ll bust out in Disney tunes or start rambling about a book I’m reading or some random history knowledge I’d just learned. It used to be, that if I did this to anyone but my friends, the people I was talking to would give me a look that wounded my confidence. Now when it happens, I’m always still a little stunned when they smile or chuckle and say something along the lines of “Oh my god, you’re a NERD. I didn’t even know! So what were you saying about that mummy they found?”

Today, people are proud to call themselves nerdy. And you know what? I’m proud to be nerdy too! 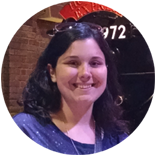 Rose is a casual nerd who has been writing since she was able to form words. She loves anime and anything cute and fuzzy. She’s a casual gamer who plays all her games on the easiest possible setting and still gets terribly stuck. She’s a fan of Disney movies, theatre, superheroes, Star Wars and Star Trek, and making things from other things because making things from scratch is too hard.

nerds then v nerds now, now and then, Retrospective, time change, where does the time go?

One thought on “Nerds Then Vs. Nerds Now”